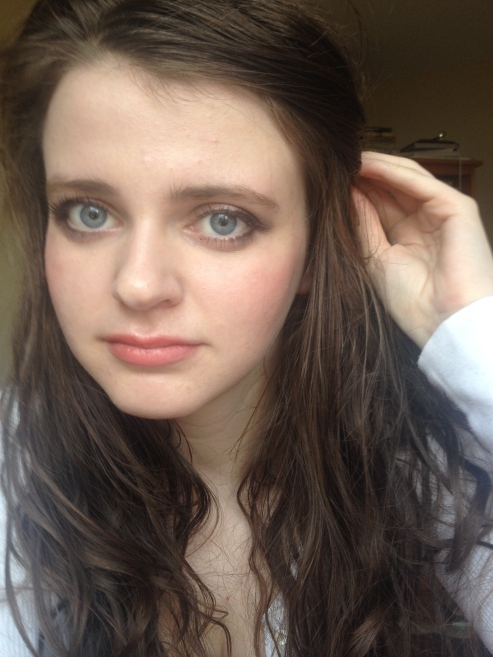 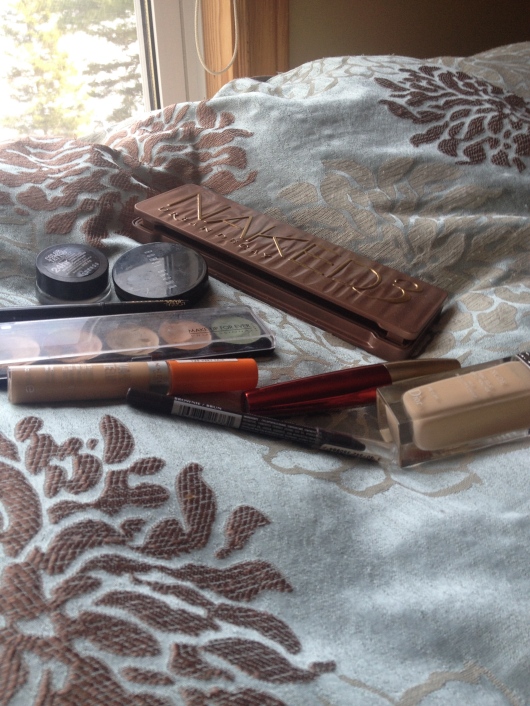 For some odd reason that I can’t actually articulate in any semblance of coherence, I feel compelled to state that despite the title of this post this isn’t actually today’s face – although it may make an appearance in a later post as it has that sort of warm-weather theme going on ’cause for once it’s actually really beautiful outside… This was actually the fairly quick but full-faced makeup I wore on Sunday during my essay writing and coffee-drinking marathon that was sort of laid back for me but was flattering, if I can say so myself.

Over the last few months, I’ve been gradually falling in love with the Diorskin Nude Skin-Glowing Makeup for daily use and obviously it was no day for experimentation. It’s a foundation that has some luminosity to it, offering medium coverage that also does not emphasize imperfections in the slightest so it has my vote. The Rimmel Wake Me Up Concealer was dabbed underneath the eyes, as per usual, and I also had some redness going on around the chin area so I put some there as well. Having stress-reactive skin, I had some eczema-induced irritation bumpy things on my forehead and I spot-concealed with the trusty Make Up For Ever Concealer Palette, just using the standard shade that matches the skin, nothing fancy.

It shouldn’t be surprising that the (not shown above) product of choice for the brows was the ashy MAC Coquette Eyeshadow considering the number of times I’ve declared my love for it. I prepped the eyelids with the gorgeous taupe-y Maybelline Color Tattoo in Nude Compliment that I’m kind of sort of obsessed with at the moment. I’m still really enjoying the rosy warm tones of the Naked 3 Palette,  so I went for the peachy-champagne Burnout for the general lid area, the matte pinky-tan Limit to add some depth to the crease and all that jazz and packed the deep grey Darkside in the outer corner. Although I went for a fine but winged line of L’Oreal Lineur Intense, I also smudged some of the Annabelle Smoothliner in Brownie into my lower lashes. I didn’t skimp on mascara on the top or bottom lashes, using the L’Oreal Voluminous Million Lashes Excess.

The interesting and actually somewhat low-key feature of the whole face was that I used only one product for the lips and cheeks both. I suppose I kind of forgot about the gorgeous warm rusty-rose Bobbi Brown Pot Rouge in Rose that I was using much more frequently last year and I’ve been digging it out again with pleasure. Forgoing the whole highlighter and bronzer shebang, I blended a few dots onto my cheeks and it gave that naturally rosy look that just works. On the lips, it works just as well, especially when a lip brushed is used and it looks like your lips are just naturally rosy.

Can anyone follow my general train of thought here? I’ll try to simplify: despite wearing a full-face of makeup, I liked the ease and simplicity of just going for products that gave a flattering effect that didn’t scream “makeup” without having to sacrifice on the overall efficacy of the routine.

What have you been reaching for lately?