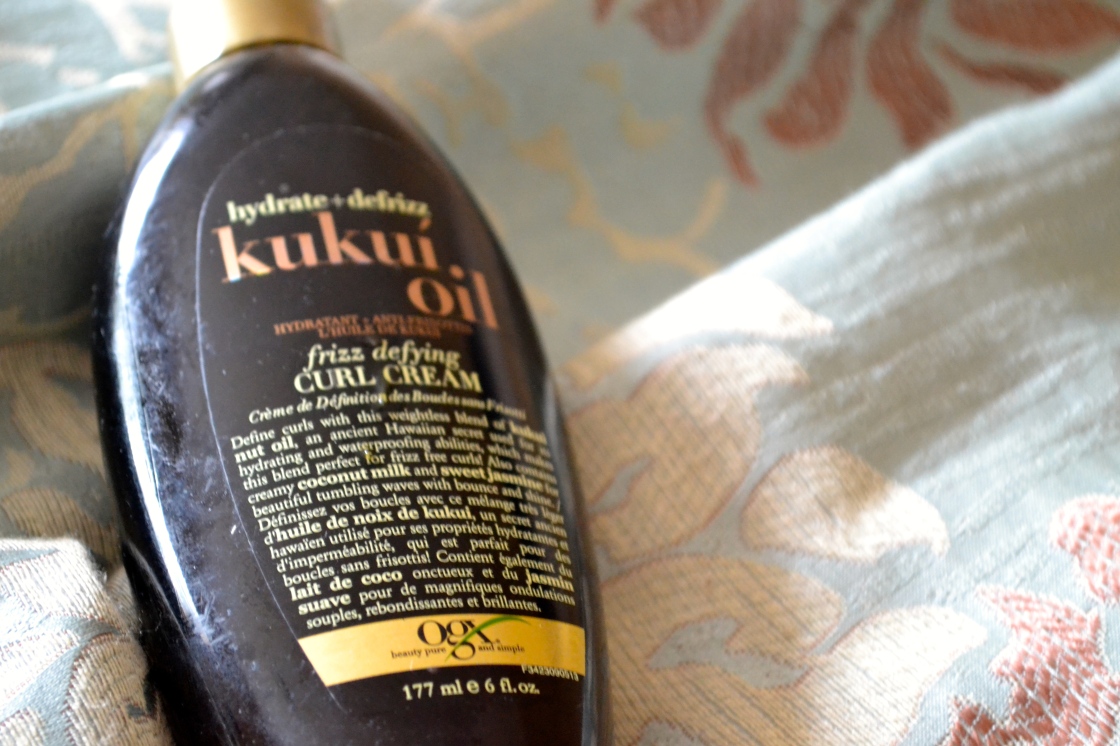 You may already be aware that I have the kind of hair that by anyone’s standards is time-consuming and difficult to deal with, even with the best of tools but despite this, I’ve been getting back into hair lately. One of the products that I’ve been enjoying the OGX Kukui Oil Frizz-Defying Curl Cream ($9-12) as when used in addition to a holding product – my choice is the DevaCare Arc AnGel – it helps my loose wavy curls become defined, hydrated and manageable without weighing down the finer front bits that need as much help as they can get. I will emphasize, however, that it’s ot a great product to add curl that was not previously there; it’s more of one that I would deem suitable for those with wavy and curly hair naturally.

I wouldn’t necessarily agree with the absurd claim that the kukui oil would give the formula hair water-proofing abilities but it does help on the frizz front and otherwise does what it promises to. As with most curl creams, silicone is a bit higher on the ingredient list than even the oil itself (but not much and it doesn’t have that heavy feeling) and is paired with a good amount of glycerin that my hair seems to rather enjoy. The texture is lightweight but creamy with a teensy bit of of gelliness to the formula, which I rather enjoy. Unlike most of the more affordable curl creams (and a few of the higher end ones) that I’ve tried, this doesn’t weigh down the hair, coating it with that heavy sensation while still helping to do all that it promises on the smoothing and defining front.

Have you tried this curl cream?

One thought on “The Review: OGX Kukui Oil Curl Cream”