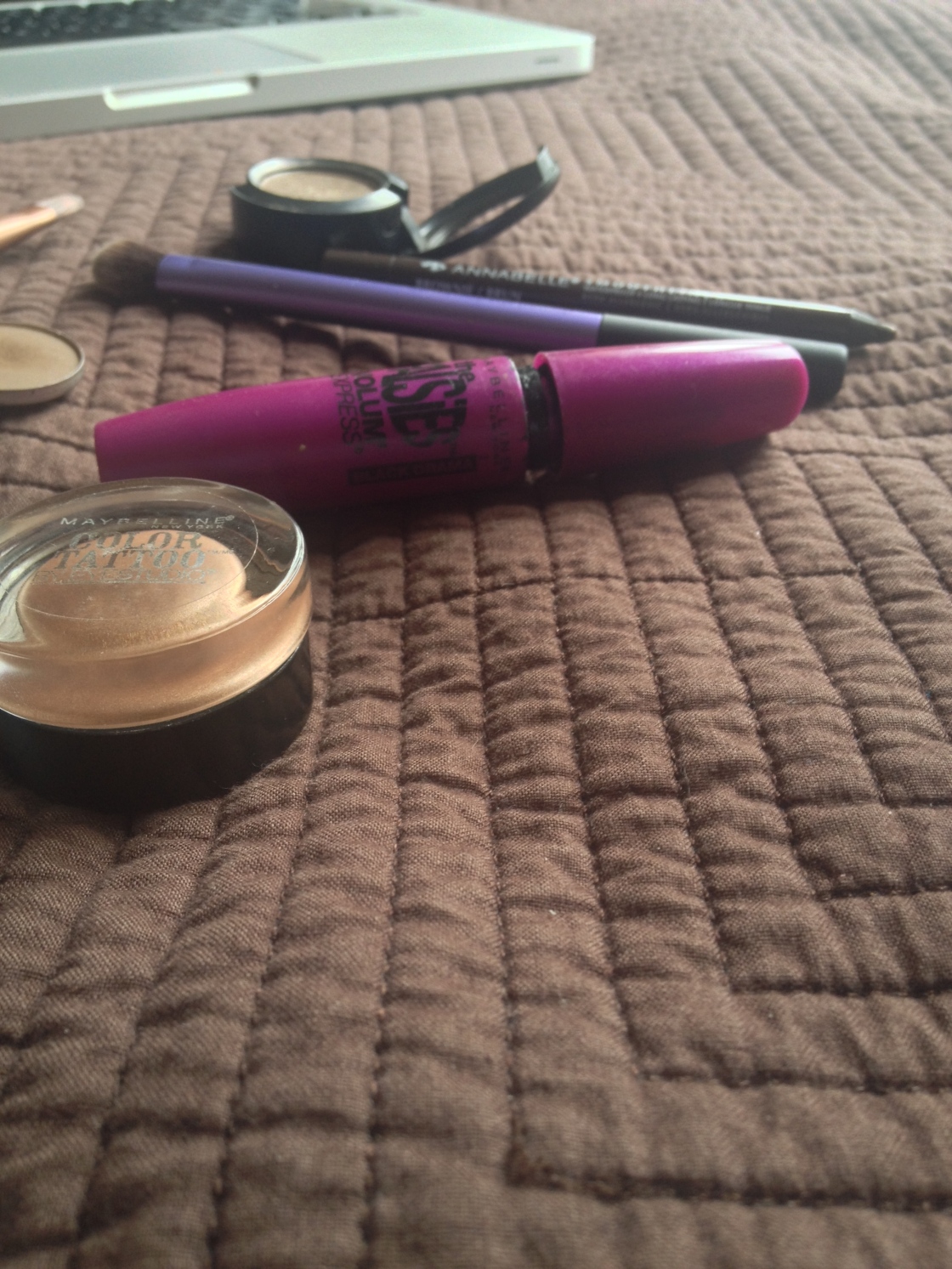 I’ve always been jealous of those who can sweep a single shade of shadow over their lids and slap on some eyeliner and have that slightly-grungy but pretty smoky thing going on and lately I’ve been admiring these kinds of looks when I go through the blogs I follow at the very least, thrice-daily. After many attempts and a few accidents, I began to kind of like where I was going with the whole approach, and I wanted to share the results in one of my daily face posts. But as much as I love those kinds of posts (both reading and writing them), I know they can get a bit dull and repetitive and lengthy with my writing style so I decided to try a more focused kind of post. You’ll have to tell me your thoughts… please?

Although I haven’t written a post exclusively on my rediscovery of the cult favourite Maybelline Bad To The Bronze Color Tattoo, I feel like I’ve gone on about it more than a few times in the last little while so this shouldn’t be a shock to see this here. Sometimes I find the taupe tones in the taupe-bronze shade to come off slightly muddy when worn by its lonesome and I’ve remedied this by placing the neutral gold-brown shade, the unique MAC Patina on top of the cream shadow on the lid. I’ve always been a fan of definition on the lash line but along with the liner, I’ve been enjoying taking the shadow underneath the eye with a fairly small brush.

Being someone with errrm ‘bug eyes’, — there’s no better way to put this, I’m afraid —, I have eyes that benefit from the added definition provided by liner and some shading in the outer-v. For eyeliner, I smudged the creamy chocolate brown, Annabelle Smoothliner in Brownie, among both upper and lower lashlines and put my neglected MAC Charcoal Brown shadow to use in the outer corners of my lid. Mascara was applied of course and I’m not going to waste my energy typing which formula I used…

The Result? Laid-back smudgy eyes with enough definition for my liking and an overall no-fuss kind of aesthetic. I know I said this post was going to be shorter and focused on the eyes, but I feel compelled to mention that I’m wearing Bourjois Sweet Cherry Cream Blush on the cheeks and my go-to MAC Patisserie on the lips.

I must say, I’m pretty pleased with myself, coming out well under 500 words. Are you a fan of the pared-down smudgy eye?