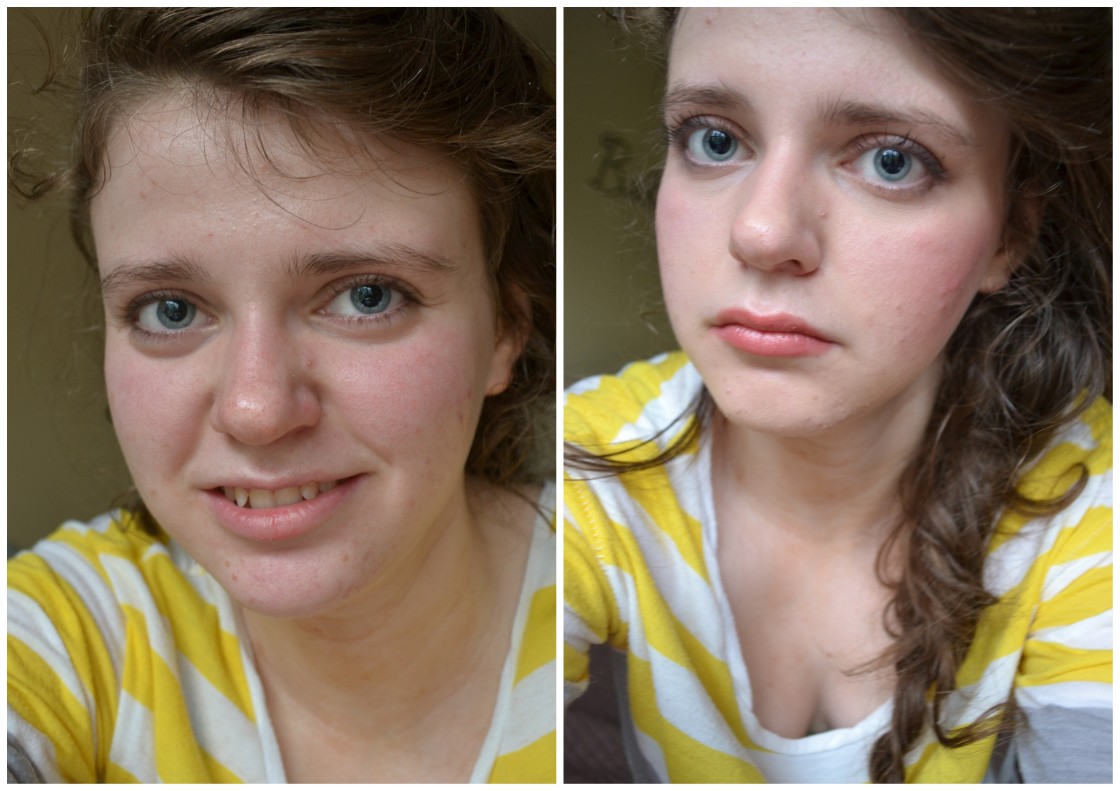 I’ve been meaning to do one of those popular but interesting to read nevertheless “no makeup” makeup kind of posts for ages around these parts but as I tend to be an all or nothing kind of girl — either a full face or authentic no makeup –, I’m hesitant at calling my attempts successful in the endeavour of wearing makeup to look like you’re not wearing makeup but rather look better – with clearer skin and brighter eyes than before — but here is my take! It also took about seven minutes which is ideal for a daily kind of basis when you’re like me and tend to benefit from more definition than just mascara on your lashes and shadow through your brows. But now looking at the finished result, I reckon that this is very similar to the picture in the sidebar from my Daily Face #12 – just in case the uncanniness was bothering you in the depths of your soul. 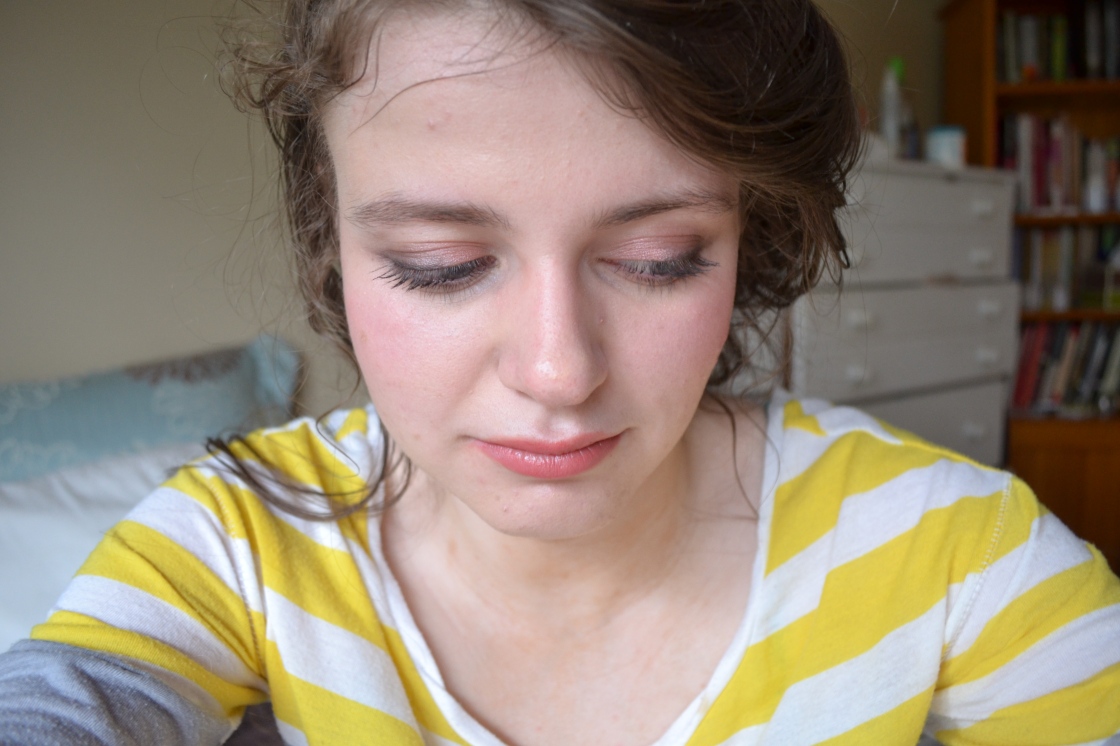 I don’t think its necessary for me to point out the humidity in the air today — my out of control hair does all the talking for me — but it’s a rainy day so I skipped out on the sunscreen as its such a bother and I’m extremely lazy. I’m pleased to report that I’m through with the purging that resulted from adding tretinoin back into the skincare routine but I’m still suffering from the scarring and dullness that has been left behind; to combat this, I’ve been going in with the smoothing and subtly pearlescent Annabelle CC Colour Control Luminous Finish Instant Perfecting Base before going in with the skinlike Revlon Age Defying Firming + Lifting Makeup in 10 Bare Buffthat manages to somehow glide over dry skin and uneven texture while offering medium-to-full coverage and a damp sponge to maximize the effect. Although it didn’t make much of a difference because the imperfections that I was looking to cover up were no longer inflamed but rather textured scars, I went in with a small synthetic brush and the Make Up For Ever 5 Camoflage Cream Palette in 1and then I went for the radiant but invisible Rimmel Wake Me Up Concealer in 125 Very Fairto brighten up the skin underneath the eyes.

Before starting on the eyes, I made sure to slap the EOS Summer Fruit Balm on to ensure that there would be no further chapping of the lips. Because nothing kills the ‘no makeup’ effect like shimmer overkill, I went in with the translucent NYX HD Eyeshadow Baseand while I was waiting for it to set, I filled in my brows with the matte light ashy shade from the NYX Parisian Chic Love in Paris Palette.For the eyeshadow, I was feeling the Urban Decay Naked 3 Palette, so I patted Strange into the inner corner, applied the peachy sheeny shade named Burnout all over the lid, blended Nooner through the crease and then concentrated the plummy Factory in the outer corner. As I’ve said before, I’m someone who really benefits from liner even on basic makeup days so I applied the Annabelle Smoothliner in Blackto the outer half of the lashline and smudged it, diffusing the line. I tried to keep the lashes looking natural with the separating and thickening L’Oreal Voluminous Million Lashes Excess on the upper lashes only.

I targeted the dull skin problem further, by applying the sheer and undetectable-looking Revlon Photoready Skinlights Face Illuminator in 200 Pink Lightonto the tops of my cheeksbones with the pads of my fingers and I must say that it made such a difference in terms of making me look wide awake, revitalized and all that. Because of the minimal nature of the whole ordeal, I shockingly skipped bronzer and instead opted for a cream product, the Bobbi Brown Pot Rouge in Rose, which I applied in dots quite high on the cheeks and blended into nothing with the Real Techniques Stippling Brush. I skipped the powder altogether because this foundation really doesn’t require it and I find it makes face makeup that much more noticeable on the skin.

I’ve been really loving my new Annabelle Lip Liner in 405 Demure and I’ve been using the creamy rosy pencil to line my lips and fill them in as well. On top, I applied the slightly deeper but flattering Bobbi Brown Pot Rouge in Rose yet again, as it actually appears to work well on the cheeks and lips. I acknowledge that this might not truly be a “no makeup” makeup kind of deal but it’s my slight alteration on it and I hope you enjoy nevertheless.

What do you reach for on an everyday “no makeup” look?

This week was when I admitted to myself (finally) that it was imperative that I get the ball rolling with schoolwork and the like. This was not particularly fun. Everything has been adding up and has transformed into some sort of psychological claustrophobia inducing mass. Unlike my school experience last semester (and the year before), it’s not a week or two of debilitating chaos that is messing with my mind but it’s constant long-term work that requires dedication, focus, attention and organization. Note: I would not say that I possess said skills in quantifiable amounts. Alas, – I’ve always wanted to say that in a post – I’m aware enough to be doubtful that I will survive the crunch if some sort of sorcery doesn’t occur now. Main point of this ramble: This week has been pretty focused on products etc. of the grab and go variety and quick destressing fixes.

During weeks such as these, I come to really appreciate my enjoyment derived from reading posts and watching videos (of the beauty variety of course) – this becomes quite apparent. Being as scatterbrained and unfocused as I am, I’ve taken to listen to videos while putt-ing (horrible golf reference) through my required readings (or at least most of them) and writing my papers holed up in the library and this has been rather productive method for me, oddly enough. I always adore Lisa Eldrige’s (otherwise known as the makeup goddess) videos – she’s an amazing makeup artist who has a great minimalistic aesthetic, is incredibly informative and has the most soothing voice – buuuuut I had a marathon watching her videos sneakily in the unpopulated corner. It’s a few years old but Lisa’s Minimal Makeup Tutorial – Rosy Flushhas to be one of my all-time favourites that I rewatched. She epitomizes gorgeous yet effortless makeup, need I say more?

Everyone reading this knows her blog, I’m sure, so this likely won’t be majorly interesting but Anna’s “My Edinburgh Edit”was an especially interesting post this week. She looked effortless and gorgeous in the post (anyone else noticing a theme here?), the post was impeccably laid-out as always and who doesn’t enjoy a daily face post, especially one written by the trustworthy and amusing Anna?

Early this week, my skin did this thing where it breaks out in more than a few irritated and inflamed bumps and this is hardly surprising considering how stressed I am at the moment. I have the misfortune of my skin depicting my inner state. Thankfully I knew better than to overdo the spot treatments and irritate things further (I can’t even  quantify the number of times I’ve made this mistake in the past…) and instead I pulled out the trustworthy Clinique Acne Solutions Oil-Control Cleansing Mask ($26 CDN) and it worked better than expected when I slapped it on before bed. My skin was not irritated afterwards and the morning after there was a remarkable decrease in inflammation and the underneath the skin pesky bumps. I’m not usually one to rave about masks but this one earned its mention here.

I cringe at the very thought of including this but even though I’ve rambled about it all week, The Urban Decay Naked 3 Palette ($62 CDN) deserves its mention as I’ve worn it every single day this week and more than that, I have been pleased with it each and every time. It’s one of those practical-yet-elusive all-inclusive palettes that create really nice eye makeup with minimal effort. It provides the warmth that prevents me from looking like a zombie (the brain hasn’t felt like shutting off enough to let me sleep for six hours as of late). The shades are cohesive and really suit my warm-toned skin and blue eyes.

I don’t give the MAC Powder Blush in Tenderling ($21/25 CDN) enough credit as it has been a godsend for me lately. It’s that neutral blush that looks like nothing to write home about in the pan that adds both shape and warmth to the face at once with its light rosy brown matte hue with you guessed it warm undertones. It’s a blessing to have as it’s a shade you can ‘pop’ on without even having to think about it – yes I’m aware that I spend entirely too much time watching British beauty videos.

On a more random note, I’ve been adoring my Lululemon Wonder Under Leggings ($82/92 CDN) this week – not that I don’t constantly adore them; I do wear them most likely more often than socially acceptable… Before you write me off as delusional listen to this: they are as gloriously comfortable while still remaining socially-acceptable and are a less depressing alternative to rocking the sweatpants. You throw them on with some nice tall boots, a long cardigan and top with a scarf haphazardly brought to the mix and bam you look pulled together while in the optimal frame of mind to be productive. Wearing these while working in the library legitimately made a significant difference in terms of my ability to function this week. Sometimes the effort of wearing pants is beyond you and at such times these leggings are a lifesaver.

What have you been loving this week? I’m always open to new products to justify purchasing!