Funnily enough, even as someone with let’s say a natural rosy complexion (and it was worse before I discovered what skincare products to search out and avoid), I’ve never been blush-shy. But keeping this in mind, this dark time was when I was addicted to full-on coverage – MAC SFF, anyone? – so the redness was previously covered-up before blush action happened. The case in point here is that I’ve never been someone to go for those subtle neutral blushes as they’ve looked so boring and I’ve found success with my corals but I was tempted to go for this one when I want a quick one product cheek that won’t overpower the rest of the face. 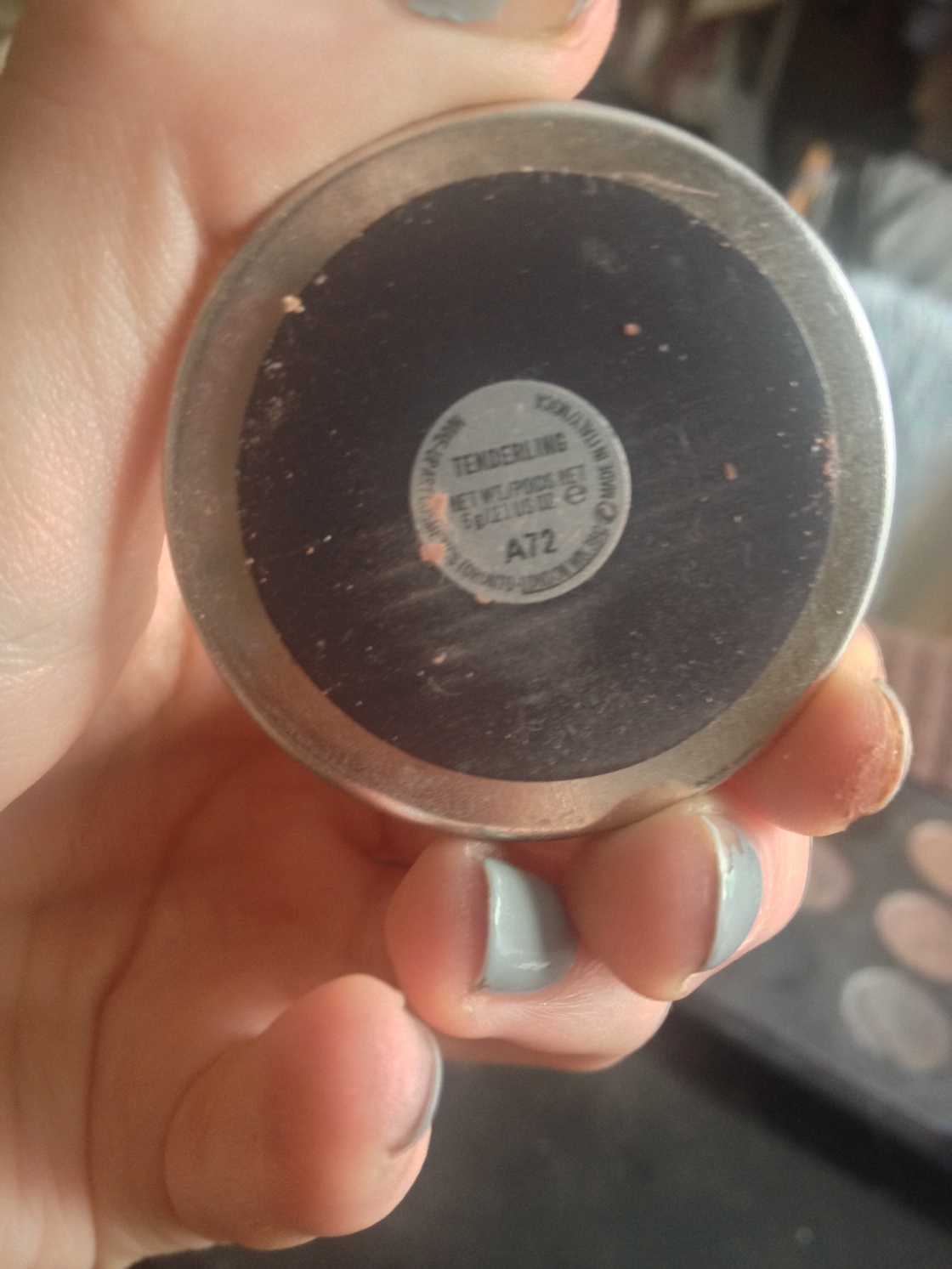 MAC Tenderlingimpressed me, being one of the very few cheek products that I like the look of alone. If you’ve been a follower of mine for a while, you’re probably aware that I go for a bronzer of sorts to add some shape to my face as well as a blush and highlighter too if I can muster the effort but sometimes I’m running short on time and this blush actually runs double-duty, adding some definition to the cheekbones while adding the most neutral rosiness to the cheeks. The blush also is a winner when you’re going for a bold lip and want to keep the face looking effortless but not drained of life. I would describe the blush as warm-toned, half-way between a tan shade and a neutral pink shade but it veers on peach, if that makes any sense. Out of the neutral blushes I’ve seen, this definitely has more warmth without losing its neutral status and I think it will flatter warmer skintones the best.

The formula of this blush, “a sheertone” — not particularly sheer IMO — is among the best of the best for me. It is a softer powder, so it can get all over the place if you’re not careful but its texture glides wonderfully onto the skin. It has medium-buildable pigmentation and has good longevity. It’s ability to contour slightly is due to its matte but not flat finish, if you were wondering. I would describe Tenderling as the middle ground between a shade like MAC’s Harmony for contouring and a pink blush with some extra warmth added to it which makes it ideal for a face (like mine) that can look rather ghastly post-foundation. And it lasts for ages and ages.

As you can probably gather from the photos, I purchased this one in pan form to go in my duo palette for $21 CDN but they can also be purchased in their standard pots for $25 CDN and they come with 0.21 ounces of product so considering the quality, they are very economical. Tenderlingis a shade that looks rather dull and boring in the store and even swatched but really comes to life on the cheeks and it’s my first neutral blush love. Now I’m tempted to try more of these neutral blushes… uh oh.

Have you tried any MAC blushes? Aaaand, what are your favourite neutral blushes?

2 thoughts on “An Ode to the Neutral Blush: MAC Tenderling”