For the first time ever – or more accurately since I’ve begun to blog – I was so very tempted to skip putting up a favourites post this last month. Why? You know that these are some of my favourite posts to write and read but in the last month things haven’t been exciting beauty-wise and I’ve been so stressed and laden-down with schoolwork that it’s ridiculous. Plus, there are certain moments that I would not particularly like to relive from within the last thirty days. Alas, I pulled through for you and maybe for my own sense of ego – as you can imagine, I can be rather hard on myself for my failures. Here we go.

Within last month’s craziness, I managed to pop into a drugstore and pick up this basic wide-tooth comb with detangling bits attached – like those on traditional brushes – for just a few dollars. Little did I know then that this was going to turn out to be the most effective detangling instrument that I’ve ever tried on my tanglier-than-tangly clump-prone mane.

As a general rule, I had been putting more effort into my hair in November and I had been pleased with the results. This gel has been perfect, as I’m sure I’ve said before, not being drying or heavy or anything of that sort while being defining and potent enough that I haven’t ran through the bottle quickly – with my hair’s tendency to eat up product ridiculously. 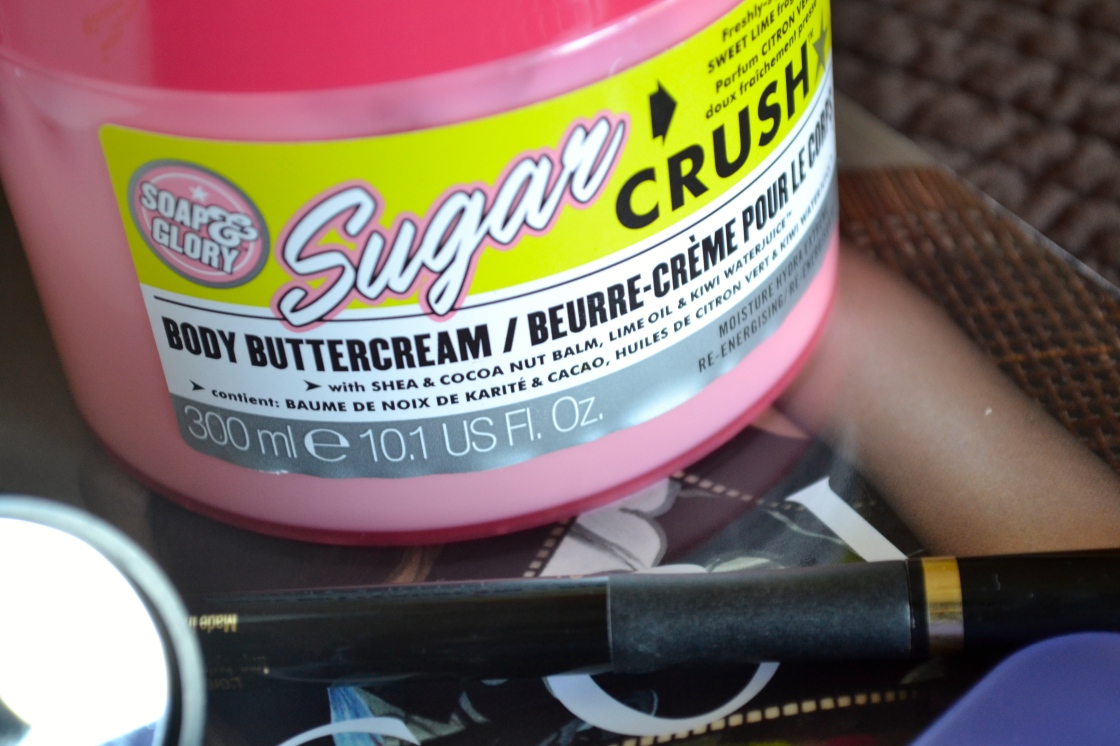 Over the last month or two, I’ve been experiencing tight, dry, itchy and flaky skin all over my body, as opposed to just in my usual eczema-prone areas and I’ve been enjoy using this rich hydrating cream pretty much everywhere except my legs. It smells zesty and lime like and in all honesty, it smells like a margarita in the best way possible while also being somewhat soothing and intensively hydrating on the skin, and not just pure irritating fragrance. Love.

I’m someone who fortunately has been blessed (or cursed) with a body that can withstand serious stress, sleep deprivation and the like but the havoc that I wreck on my nervous system really comes out in my skin and not just all over my body. This paired with the fluctuating wintry weather that you’ve come to expect in Canada during November has kept my skin dehydrated and more than a little irritated in areas with the feeling of eczema patches coming on. In light of this, I’ve been using this repairing oil as a serum in the evenings and a good number of mornings to. I credit this along with constancy for the clarity of my skin during this current craziness.

Makeup was not exactly gracing my face on my typical regular basis last month and when it was, there was not a whole lot going on and when I’m going for a more minimal makeup situation, intense black liner is key. I’ve been enjoying using this somewhat stiff (in a good way) and precise felt-tip liner for a little kitten flick on a very regular basis when I want to look put together quickly with minimal effort and time. I like it similar to the Lineur Intense but I’ve been enjoying its increased precision, while I admit that it doesn’t create as smooth and thin of a flick.

I’ve been using this creamy correcting concealer since the beginning of may and while it pains me to say this, it is worth the money and considering that I can see pan, I will have to repurchase it sooner than later. Last month’s trials in minimal makeup, minimal time and minimal sleep has taught me how great of a quick fix this salmon-hued cream concealer is. My only comment is that it has to set for a few minutes before powdering it or whatever because it tends to settle and crease in the first few minutes – but after its patted in, it never becomes a problem all day long.

What were you loving in November?