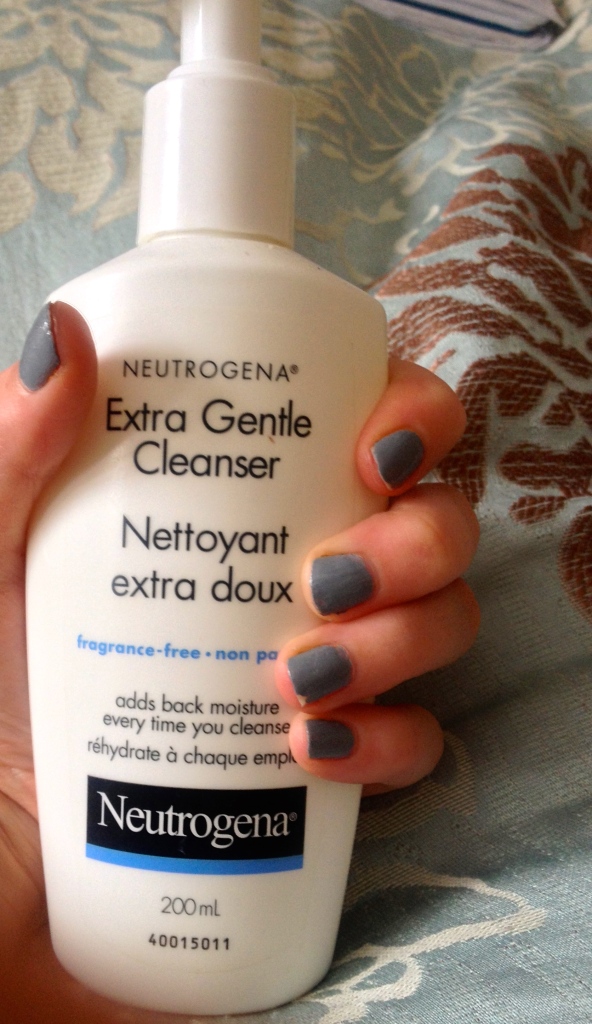 There might not be much heard about the Neutrogena Extra Gentle Cleanser ($9-10 CDN) but it’s been out for years and years and despite its rather boring appearance and general absence of hype, it’s kind of a lifesaver and one of those unsung heroes of the budget beauty department. It’s a gentle, soothing cleanser that I’m tempted to compare to Cetaphil but in my estimation, it has a much creamier texture and blows Cetaphil out of the water. In other words, it’s not a particularly exciting product but I’m not of the belief that cleansers should be – it’s good to look for cleansers that have the gentlest formulas and work effectively without stripping the skin or irritating it in the slightest, especially when you have irritation prone skin as I do.

While the emollients and the general soap-free cleansing agents in the formula will remove makeup to some extent, particularly when light makeup is involved, I tend to stick to using it as a morning cleanser or as a second cleanse after using my main makeup remover at nighttime. This might have something to do with the fact that I find that makeup clings to my face like glue and I seem to need to use heavy duty oil removers for the more benign formulas, though, so I wouldn’t necessarily be dissuaded by its limited makeup removal abilities – it just isn’t the best makeup remover in existence.

Now that I’m working on my second bottle of this lotion cleanser, I definitely do stand by my original assessment that this soap and fragrance free formula is the gentlest that I’ve ever tried, and the only formula that does not make my skin tingle, burn and redden when it’s at its most fragile state. Not only is the cleanser gentle, it also moisturizes the skin after removal with its lotion formula and inclusion of anti-irritants, chamomile and vitamin e. Even on my skin that has a tendency to get rather dry and irritated, this cleanser leaves a comfortable feeling after being rinsed away.

This cleanser is quite simply the best for irritated and drier skin and I would recommend it to anyone unless you’re very oily or relish the uber-cleansed feelings that more lightweight gel cleansers leave behind. It’s amazing and one of my few skincare repurchases.

One thought on “The Beauty Bargain | Neutrogena Extra Gentle Cleanser”